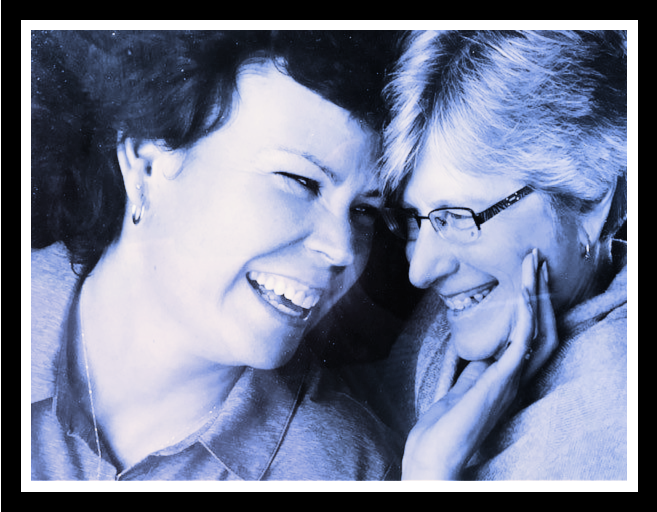 The journey from diagnosis to survivorship and beyond can be filled with difficulty, frustration and pain, regardless of the stage of a cancer diagnosis. Caregivers are the unsung heroes of most cancer journeys and Susie’s story is no exception.

Susie and Mackey met in 1984 at Texas Woman’s University (TWU). They were in relationships with other people and over the course of two-years the two ladies developed a fun-loving friendship. It wasn’t until Mackey’s relationship ended that Susie and she began dating and the rest was history. The two were inseparable.

After graduation, Susie and Mackey traveled the U.S. following amazing job opportunities that included Susie becoming the first women’s soccer coach at a high school in Rhode Island and Mackey running the Mystic Community Center in Mystic, Connecticut. After many years of relocations that included California and Georgia, Susie and Mackey settled in Phoenix where Mackey eventually went on to manage the Rose Mofford Sports Complex and Susie became an Account Executive for Solis Mammography. 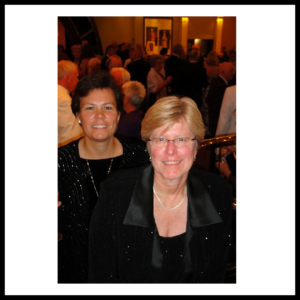 Almost a year into their new life in Phoenix, during her annual exam, Mackey’s nurse practitioner discovered a lump in her breast. Mackey would go on to receive her first cancer diagnosis—ductal carcinoma in situ (DCIS) of the breast.

Mackey had a double mastectomy and that’s where the problems began.

Overnight, after her surgery, Mackey ended up in ICU with a GIANT hematoma, infection and scar tissue buildup. Over the next 18 months, Mackey lived in constant discomfort and had five (5) additional surgeries to fix the problems associated with each previous surgery including her implants. After the fifth surgery, Mackey decided not to pursue another corrective procedure despite the poor fit of her implants and the constant ‘pull’ toward her armpit.

Once healed, Mackey returned to work and learned to live with her results and the discomfort. She saw her oncologist every 6 months for bloodwork and for close to 5 years, Mackey lived cancer-free.

It’s December 2018 and Susie’s trying to enjoy Christmas dinner with her, now, wife, Mackey, and their best friends, Kim and Jeff, but Mackey wasn’t feeling well. She didn’t eat much dinner because she had an upset stomach.

The following week, still not feeling well, she saw her Primary Care Physician (PCP) who advised her to see a Gastroenterologist. Mackey, needing her deductible to go into 2019, scheduled her GI visit for January 2019.

Days later, the pain became so excruciating that Susie had to rush Mackey to the nearest ER. The ER doctor told Mackey that her liver was riddled with tumors that he stopped counting after 13.

Mackey remained in the hospital for a week. Once released she tried to see her oncologist but was told she needed to have a PET scan first. She was so weak and depleted that Susie and their best friend, Kim, had to practically carry Mackey in for the scan.

After several days, Mackey turned yellow and was admitted to the ER, again. Surgery was performed to remove her gall bladder. The surgery confirmed there was no cancer in her gall bladder but there may be cancer in her liver. She stayed in the hospital another week while they monitored her health.

Susie and Mackey spent Valentine’s Day in the hospital.

The PET scan revealed that Mackey had pancreatic cancer that spread to her liver. Her breast cancer from five years prior had no relation to this current bout.

Mackey was finally able to see her oncologist and share this new discovery only to be told that there was “nothing else that [could] be done” and that the jaundice that she was still experiencing was “probably some kind of blockage from the gall bladder surgery”. Her oncologist advised her to return to the ER to rule out blockage. Susie and Mackey left defeated.

An ER visit a few days later confirmed there was no blockage.

Mackey, ever the fighter, wanted to LIVE! In an attempt to do everything possible to stay alive, she agreed to a VERY low dosage of chemotherapy. The morning of her second treatment, Mackey had blood in her mouth and Susie rushed her to the ER.

Mackey was eventually switched from Palliative to Hospice Care. She passed away at home with Susie by her side.

From the first cancer diagnosis to Mackey’s last breath, Susie kept hearing her wedding day vows “in sickness and in health”. Every time they received another blow, another defeat, another heartbroken update on Mackey’s health, those words kept running through Susie’s mind “in sickness and in health”. It was painful for Susie to see Mackey in pain and watch her once healthy, vibrant wife age with sickness.

Susie was the ‘light’ to the repeated blows they received. Mackey was her #1 priority so Susie did her best to remain cheerful and positive and did everything she could to keep Mackey as comfortable as possible. Often, Susie found herself being reminded by Mackey that she, too, needed to take care of herself. Mackey would tell her “Go take a break!”; assuring her that it was okay for Susie to step away. That it was okay to take time for herself. Mackey’s instinct was to help others and Susie was reminded of what a selfless, amazing wife, partner and best friend Mackey was for 33 years. Not a religious woman, Susie says of Mackey “She was a blessing, indeed.”

After Mackey passed, Susie found herself reading The Grief Recovery Handbook and seeking individual and eventually group counseling. Being a member of the LBGTQIA community, Susie found solace in a LBGTQIA grief support group because as she puts it, you don’t have to “peel back as many layers” in explaining her love and grief for her wife.

Susie heavily relied on family and friends for support during this time. Her mother would feed the dogs so she could stay overnight in the hospital with Mackey. Kim and Jeff made themselves available to assist with whatever Susie needed—mowing the lawn, cleaning the pool, picking-up groceries and cooking dinner so she could have at least one homecooked meal in between ER visits and hospital stays.

Susie learned that self-care was (is) instrumental to her healing process. She’s returned to playing tennis and spending time with their fur babies—McEwan, Pepper and Shandy. Susie misses Mackey EVERY. SINGLE. DAY. She misses her smell, her touch and looking forward to the weekends.

Weekends were ‘their time’. Whether it was a Costco run, driving to Flagstaff for the weekend or, Mackey and Jeff working on a weekend project with Susie and Kim enjoying the camaraderie between their spouses, it was special because they were together.

As Susie reflects on her first summer without Mackey, she’s reminded of their once extensive vacation schedule. Mackey LOVED to travel and at one point they planned a trip to the Women’s World Cup in France to watch the England vs. Scotland game. That trip never happened.

One of their favorite vacations was to the Vatican where Mackey relished the architecture and Susie had her Rosary blessed. Being a history and architecture geek, Mackey enjoyed visiting the Parthenon in Greece and even its replica at Centennial Park in Nashville, Tennessee. As Susie puts it, “Mackey was the BEST TRAVEL BUDDY EVER—way more organized than me!” 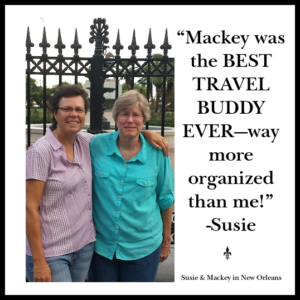 When Susie was preparing her Fantasy Football team for the current NFL season (something she and Mackey thoroughly enjoyed) she decided to take Mackey’s team name as her own—Mac Attack.

When asked what advice she would give others dealing with grief, Susie shared these words of wisdom:

She also offers advice to those who want to help.

Before this interview ended, the interviewer shared with Susie that she wished that she had known Mackey. Susie replied, “I’m glad I did.” 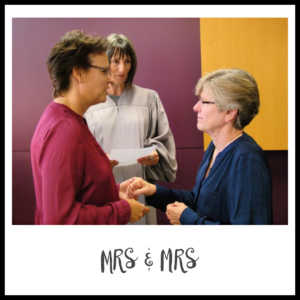 We hope you were inspired by their unconditional love and the powerful role of the caregiver.

For those who’ve lost a loved one to cancer, we recommend our Grief & Loss Support Group held the 2nd and 4th Thursday of the Month from 1:00 – 2:30 p.m. To learn more, please send an email to info@cscaz.org. 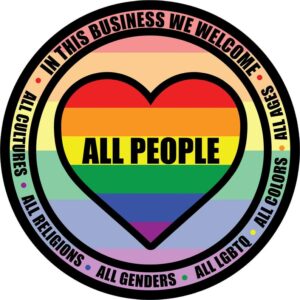