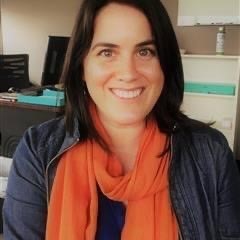 When Natalia Ballón joined Cancer Support Community Arizona, one of the things that impressed her about the organization was how well it adapted to the challenges presented by the pandemic.

“Despite Covid restrictions, they managed to change how they provided support services,” she said. “There were places that were paralyzed for two years because of Covid, but Cancer Support Community did a complete metamorphosis and they did it right. I thought, ‘I want to be a part of that.’ ”

The Peruvian native first came to the United States when she was 19 years old, in search of greater opportunities both in her education and career.

She was intimately familiar with how Covid – and other disasters – can impact a community. Prior to joining CSCAZ, she worked for BakerRipley, the largest charitable organization in Texas which runs about 70 different program sites in Houston.

During the six years she was with BakerRipley, she was a case manager, helping provide disaster recovery services for Houston residents living in a mega-shelter whose homes had been damaged or destroyed by Hurricane Harvey. Then she was part of the team helping Houston and the greater Harris County area cope with the pandemic. She also worked on efforts to increase Alzheimer awareness in the state.

And if that was not challenging enough, Natalia chose this time to pursue two Master degrees, one in Social Work from the University of Houston and the other in Public Health from University of Texas.

Natalia’s last assignment with BakerRipley seemed almost tailor made for the new role she would be taking on at CSCAZ: she was the Community Initiatives Lead on a support program called “Powerful Tool for Caregivers” that helped caregivers improve self-care behaviors and reduce feelings of guilt, anger, and depression.

Last year, Natalia’s sister in Arizona urged her to relocate to the Phoenix area. Only a few months after arriving here, she became the Chief Program Officer for CSCAZ.

Originally, her role was supervising the policies and programs that drive the services we provide to our participants. The scope of her position, however, is expanding into day-to-day implementation of our programs. It’s something she is looking forward to, she said.

“It brings another perspective and it’s more fun and more hands-on,” she said. “I get to talk to our participants more. It’s the best of both worlds.”

She also is looking forward to the increased opportunities to work closely with the facilitators, volunteers, teachers and others who make CSCAZ’s high-quality programs possible.

Her appreciation for teamwork comes, in part, from being part of a pretty impressive team when she was a teenager: the national women’s volleyball team of Peru, which was so successful that it played in the 1988 Junior Olympics in Moscow.

“I’m a big believer in a team effort, because I’ve literally been a team player for more than 25 years,” she laughs.

A big focus of her work will be making sure more people are aware of the classes, workshops and other programs that are available through CSCAZ.

“I know how important these programs are and how lucky we are to have them,” she said. “We don’t have these kinds of nonprofits in Peru – the resources, the referrals, the people who can help people through the whole cancer journey.”

Natalia is the proud mom of two. Both her daughter, Samantha, and her son, Esteban, are attending college in Texas.