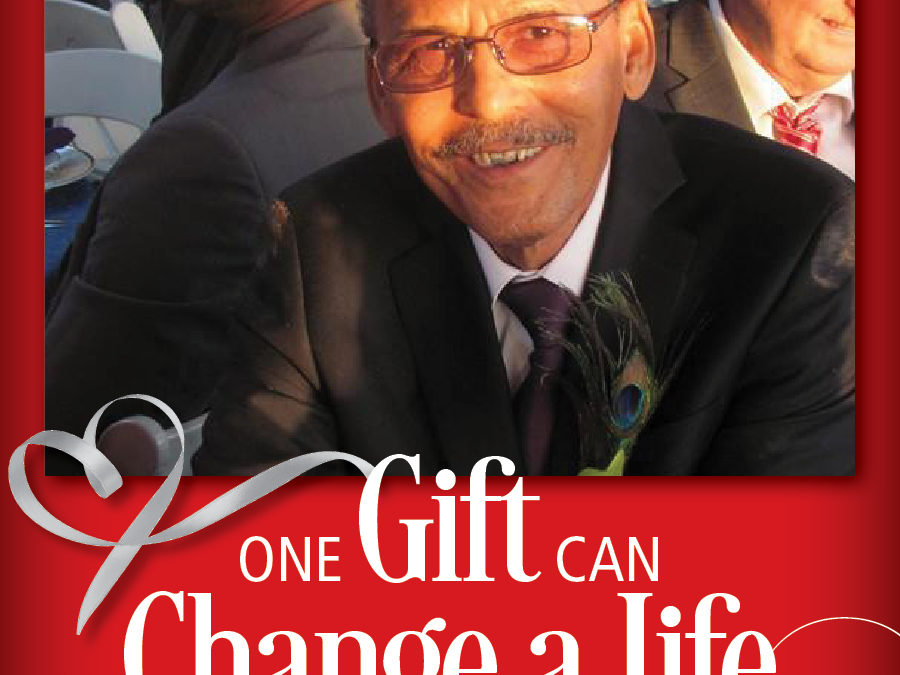 My name is Fred Marrero, I am a throat and tongue cancer survivor, and this is my story:

For 3-weeks, I experienced pain swallowing and my voice was hoarse. When the pain became unbearable, I drove myself to the ER in Los Angeles (I was living in Pasadena).

A biopsy was performed using tissue from the back of my throat and tongue. Several hours later they shared the news that I had a tumor on my tonsils. The ‘tumor board’ (experts in cancer care) met with me 2-days later and informed me I had Squamous Cell Carcinoma Throat Cancer. The chief surgeon advised my only option was ‘surgery or die!’.

To reach the tumor he would have to ‘expose’ my jaw, remove the squamous cells then reconstruct my jaw. The surgery had a low survival rate, but the surgeon was adamant this was my only option. I left the meeting angry, scared, overwhelmed and threatened.

As I drove home, I thought about my daughters. I thought about them having to watch me die. Without realizing it, I found myself at The Wellness Community-Pasadena (TWC-Pasadena). As soon as I walked in I started to sob.

The receptionist asked, “Are you alright?”. I replied, “I got cancer.” She gave me a bear-hug and whispered, “You are not going to die”.

They were the sweetest, kindest and most uplifting words I’d ever heard. I shared my diagnosis and experience with the board and in response, this wonderful woman let me use her computer to research my diagnosis. I was about to find a case-study at Duke University which yielded success of my diagnosis using a non-surgical form of treatment.

I felt immediate relief. For the first time, I felt in control of my care. I brought the article to my medical team and told them I wanted a non-surgical form of treatment. I was met with a resounding “NO!”. They rejected this option as they only treated with surgery. They wouldn’t listen, but I wasn’t defeated.

With the help of a friend, I submitted an appeal to the State of California requesting the hospital allow me to receive my treatment-of-choice. One week later, the hospital CEO advised they approved Duke University case-study for my treatment.

One week later, I began my 8-week treatment of radiation 5-days a week and chemo 1-day a week. I had horrible side effects like vomiting, diarrhea, restless sleep and at one point my t-cells dropped so low that the hospital recommended I STOP treatment, but I relented. I insisted on continuing my treatment since it was such a battle to receive it in the first place.

Once treatment was over, I was no longer able to swallow. I had to learn how to use my mouth and tongue and I received a daily IV of vitamins and nutrients for 2-months post treatment.

Six months later, I returned to TWC-Pasadena as a volunteer. I wasn’t fully recovered but I attended every newcomer meeting so people like me would know they weren’t alone, that they had options, and I wanted them to know their cancer didn’t have to be their identity. I also spent many days reading books from the library especially anything on head and neck cancers. I enjoyed my time at TWC-Pasadena. It brought me much joy after months of hell.

When I relocated to Phoenix, I found the local affiliate, Cancer Support Community Arizona (formally The Wellness Community-Arizona) and became a volunteer.

Like Pasadena, I helped with the Newcomer Meetings, welcoming ‘newbies’ and shared my cancer journey. I also worked on fundraisers, like the always memorable Porch Party. One year, while helping with registration, I happened to strike up a conversation with one of the guests, a dentist. I shared my most uncomfortable side effect from the radiation (even 10 years later)—dry mouth. He suggested I see an acupuncturist. That conversation changed my life because I found an acupuncturist who was able to restore my saliva and end the chronic dry mouth. Now, my acupuncturist is as much a part of my medical team as my oncologist.

From day one, Cancer Support Community has supported me. Locally, CSCAZ has welcomed me with open arms and supported me not only as a cancer survivor but as a volunteer.

One fond memory was being named the Grand Marshall at the annual Cancer Connections Walk and Hope Café. And, the house? The house has always brought a sense of security and warmth but also provided a place for fun and laughter. CSCAZ is my second family, and I’m happy to know that they’re the second family to anyone impacted by cancer.